Does Something Feel ‘Off’ About Your Mentor-Mentee Relationship?

Does Something Feel ‘Off’ About Your Mentor-Mentee Relationship? 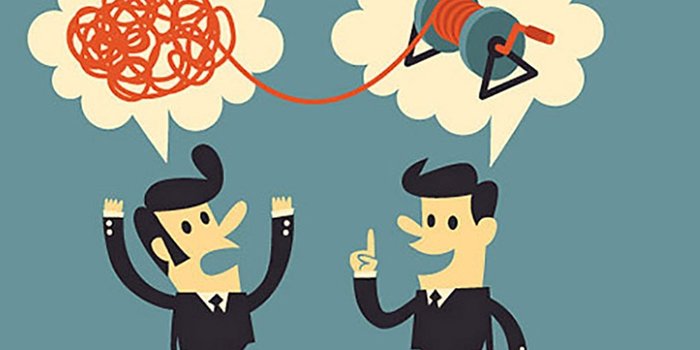 In the early days, famous founders like Steve Jobs and Steve Wozniak worked for the individuals who would become their future mentors: They hunted the mentors down, pushed their way in and worked beside them while taking meticulous notes on how to build something better.

And, sometimes, the would-be mentor would take notice and provide some structure, as happened for Steve Jobs with former Hewlett-Packard CEO Bill Hewlett.

Eventually, though, some of these mentor-founders grew up and decided things shouldn’t be so damn hard for the next generation of founders; and thus groups such as Y Combinator were born.

Today, in business, the value of mentorship is largely a given. It’s why, according to the Wall Street Journal, nearly 70 percent of Fortune 500 companies offer corporate mentorship programs. And that’s of course a good thing because, in theory, mentors help founders stay focused on a road map; they provide early introductions, experience-based advice and perhaps even a little capital.

But there’s a caveat: Though all of the above sounds good, the way mentorship programs are currently structured may actually be doing entrepreneurs more harm than good.

Mentorship miscues that should sound the alarm

I have personally lost two businesses as a result of bad advice. For the first, I’ll happily blame myself and my team for being young and inexperienced. But for the second, I blame myself for being lazy and trusting; I watched my partners steal my idea from right under me and go off on their own without me.

There wouldn’t be a third.

The bleak startup success numbers we’re all so familiar with look a bit brighter for early-stage companies that team with mentors. In fact, a UPS study found that 70 percent of mentored startups examined stayed open for five years or more, while non-mentored companies survived at only half that rate.

The obvious success of these partnerships has even sprouted an entire industry aimed at pairing advisors with advisees without any legwork by the entrepreneur. That “blind date” approach of putting mentors and mentees together, however, can put founders in the dangerous position of being surrounded by the wrong people when they most need help.

Although some mentors can provide excellent guidance, blind trust in a mentorship model is a good way to stunt your business’s growth. Here are some red flags to look out for that might indicate it’s time to dump that mentor you had so heavily counted on:

1. A lack of credentials

According to a study published in the Academic Medicine journal, a lack of experience is a leading factor in the failure of a mentoring relationship.

When I launched my own first business, I relied on incubators, like 1871, my university network and small business associations, to get my foot in the door. The hard lesson I learned? Successful people don’t have time to spend all night at happy hours and networking events. If your mentor is a regular at these events, proceed with caution.

Before you let someone into your world, do some research. Perhaps this person graduated from a top university, worked at Microsoft or claims friendship with Woz — but what experience does this person truly have? What does he or she do, and how does that make money? Did he or she work at Microsoft for only 15 months and then at five other places for a year or less? That’s a sign of troubled waters.

Question potential mentors about their backgrounds and, specifically, their relevant experience. The mentor should have plenty of experience to draw on relevant to your company’s industry, for example. If everything doesn’t add up, step back and reassess your partnership. The sooner you sniff out an inexperienced mentor, the better chance you have of avoiding that person’s pitfalls.

2. An appearance of no strings (or cash) attached

Since the rise in mentorship among startups, the number of bad actors joining the party has gone through the roof. When I was a new entrepreneur, I attended countless happy hours and networking events for months on end. I found myself swimming in a sea of people who freely offered up their help and expertise in exchange for nothing — initially.

In some cases, this was both genuine and generous, but in most cases, these people feed on those trying to get a start — a type actually known as “feeders.” It’s a long con. What started as “free” help becomes very costly: In my own case, they started out asking for a percentage of my revenue (when I could least afford it), introductions to those few leads I did have and even direct attachment to my business and idea, as an equity holding partner.

Until I learned what a credible mentor looked like, I spent a long time chasing those “feeders.” If an incubator is offering its services for free, it might be because the service has an ulterior motive or knows a free service is less likely to be properly vetted.

In the case of startups, countless stories exist of entrepreneurs rashly making drastic business model pivots to increase short-term revenue despite long-term user-base growth. While pivots might seem as though they benefit everyone, in truth they’re often meant to protect only investors. Many companies have fallen off the map because they chased bad advice or an illogical agenda down a rabbit hole, purely because it was something the mentor wanted. A visionary entrepreneur shouldn’t be bogged down in the expectations or obligations of others.

Does it ever happen that a mentor or advisor gives you well-intentioned advice that just doesn’t pan out? Yes, of course, and that may be nobody’s fault. However, are there times when mentors have ulterior motives and inevitably lead entrepreneurs in the wrong direction? Yes, and it happens more often than you’d think. If Stan Lee had always heeded the advice of his publisher, he never would have become a luminary in the world of comics.

Mentors might also pressure entrepreneurs into making tech or service changes that turn off customers. Advisors should be just that — advisors, not controllers. They’re helpful when it comes to getting a second opinion, but in the end, it falls on the founder to make the right decision.

Overall, failure is inevitable, but it’s good only when someone learns from it. The benefit of not using mentors is that entrepreneurs are forced to become self-reliant and fully accountable for the decisions they make, just the way true leaders are.

The moral of this story? It’s that giving advisors outsized influence is all too common and potentially catastrophic. The plain truth is this: If an entrepreneur isn’t confident enough to lead him — or herself — then becoming a successful founder may always just be an unattainable pipe dream.